This week in stormy Brighton there were many anxious discussions about what the Liberal Democrat Party stands for in 2012, but remarkable consensus on the importance of a decent, affordable home. From coffee bar to conference hall, housing came out as a clear priority with strong support from both local activists and prominent politicians.

The Shelter and Fujitsu joint fringe event at the beginning of the week asked the panel what three arguments the Party will need to make in 2015 to speak to voters. Our Chief Executive Campbell Robb made the case that there is a huge political opportunity in housing to send a strong signal to young families unable to afford a place of their own that politicians are on their side.

Less predictable perhaps was the overwhelming agreement from the panel. Lord Oakeshott responded: ‘The Government has got to get more private capital into social house building’. And Tim Farron, President of the Liberal Democrats, argued that quantitative easing could be channeled to housing associations to build more homes.

At other events, Business Secretary Vince Cable called for housing associations and councils to engage in ‘an aggressive programme of house building’, arguing for 100,000 new affordable homes a year. He was supported by John Cridland, Director General of the CBI, who said: ‘if you can only have one policy for growth, it should be Vince’s one on housing’.

Simon Hughes MP argued that improving housing must be a priority, and Nick Clegg finished the conference with a well-reported speech in which he said: ‘The couple who want to buy their first home but can’t raise the money for a deposit; to them and to all the other hardworking families just trying to stay afloat, I say this: the Liberal Democrats are on your side.’

Housing also resonated on the conference floor, with delegates overwhelmingly endorsing a paper calling for 300,000 homes to be built a year and a stronger national licensing scheme for managing agents and local licensing for landlords. The conference discussed and supported many of our recommendations for making private renting more stable and predictable, which also went down well with delegates, investors and policy audiences in various fringe meetings.

Although the conference vote is not binding on the coalition Government, it is clear that housing will be a priority for the Liberal Democrats, locally and nationally, in the run up to 2015. And not just in terms of policy, but also in practice – a fringe workshop for local activists and councillors got into the nitty-gritty of how to campaign on local housing issues, from empty homes to the quality of private rented housing.

Party conferences are usually a time when commentators are looking for discord and disagreement. On the contrary, the Lib Dems couldn’t have been more harmonious in agreeing that prioritising housing is economically sound, morally right, and politically astute.

Oh – and I got to meet Hugh Grant! How cool is that? 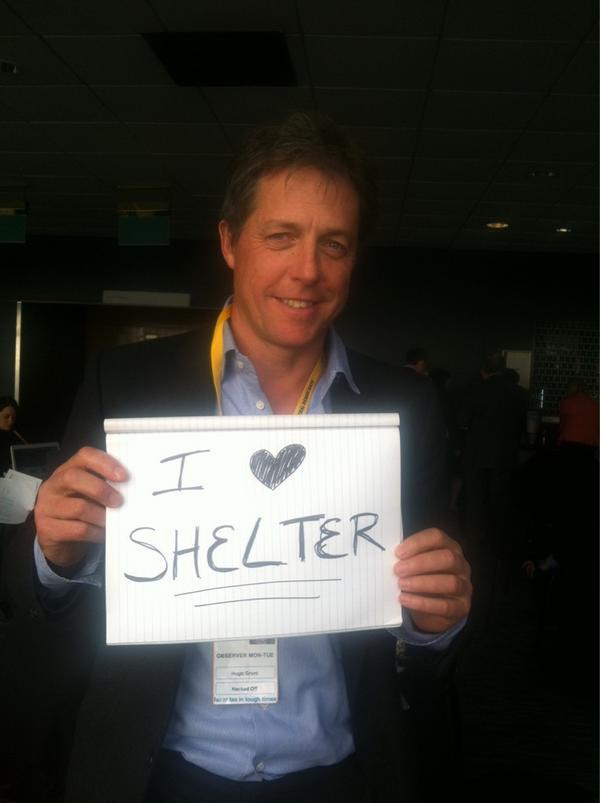 I am a Public Affairs Officer at Shelter. When I am not thinking about politics, housing or food I am usually exploring East London.